Simit, Turkish Sesame Bagel is pretty much consumed in the millions every day in Turkey. Buy Turkish Simit today.

Why shop from Turkish Market?

Simit is one of the most popular pastry products in Turkey. You can find Turkish Simit at every bakery in Turkey. It is widely known as “Turkish Bagel” in the USA. It is a kind of bread that is in the shape of a circle, and it is covered with sesame seeds. Turkish people always eat Simit at breakfast with Turkish tea. It is like a tradition. Also, it can be consumed with ayran (Turkish yogurt drink). Turkish Simit has a unique flavor. The Turkish Market is proud of presenting the most delicious Turkish Simit for you.

Where to buy simit near me ?

If you asking for where to buy simit near me, you are at the right spot. As Turkish Market, we have halal certified and delicious Turkish Simit.

The date of simit is estimated 600 years ago. If you wonder where the bagel is in the world, you will see that it is not in any other country.

The adventure of simit in the Ottoman Empire dates back to the 14th century. In these centuries, it has managed to take its place in the sultan’s tables and the palace cuisine. Actually, simit was in a way courtiers.

In the last part of his work titled Tufet-i Mubariz, a Turkish manuscript medical book, Hekim Bereket mentions types of food and pastries in the Tabiat Name section and mentions simit.
Those who started to work in the bakeries belonging to the “Sekban Class”, a branch of the Janissaries, were called simitçi, and there were masters employed under the name of “Simitçi Ustası” in the palace oven. As can be seen, the janissaries consumed plenty of bagel.

From the travel book of Evliya Çelebi, we learn that simit makers in Istanbul work in 70 bakeries as 300 soldiers, some of whom work as apprentices of the bakeries to which they are affiliated.
However, it took place on June 10, 1910, that the simit makers founded an association called “Simitciler, Ekmekçi and Börekçiler”.

XIV. In the 19th century, simit appears on various occasions in the Ottoman Empire. For example, European painters frequently used simit and bagel sellers in their works. The most famous of these is the Italian painter Giovanni Birindesi.
There are bagel sellers in most of the engravings depicting the period Istanbul of Abdül Mecit. Another painter is Warwick Goble, who also illustrates the oil painting “Bagel Seller”.

Simit’s place in our lives is only II. It remained empty for a while during the World War II.

II. Due to the low amount of flour during the World War II, bagel making was prohibited for a while. After this prohibition, which did not last too long, flour production was released to normal and its production was allowed again.
II. After World War II, different methods were tried in its sales, and even though it was tried to be sold in bags and in different ways, it was seen that the taste was deteriorated, and the simit sales on the counter returned again.

In no country other than Turkey Discontinued pretzels, sesame, flour, yeast and molasses consists of.

THERE ARE THREE TYPES OF SIMITES

1 – Base ring: It is thrown into the oven with a shovel just like bread.
2 – Pan simit: Cooked in the pan.
3 – Cauldron ring: It has less sesame and shiny appearance.

The difference in the color and taste of the bagel and its change from city to city is due to the different application of the stage called “pekmezleme”.

“Molasses process is done” cold “in Istanbul, and generally” hot “in Ankara, Izmir, Bursa and many other regions. The special feature of hot molasses is that the molasses and water are mixed in a ratio of about one to one and boiled in a container. 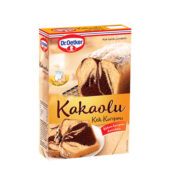 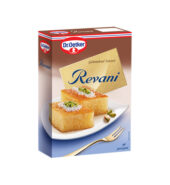 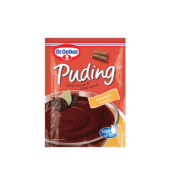