Answers to questions such as what is sumac, what are the benefits of sumac, started to be among the most frequently asked questions on the internet. Sumac, known as red fruit and lemon spice in Persian, also has many health benefits.

It grows in Sumac, Iran, Afghanistan, Southern Europe, North Africa and the Mediterranean. Sumac is also among the most commonly used spices in Turkish cuisine. It is consumed very much as it gives a sour taste to meals and salads. Sumac contains various and powerful chemicals in terms of health.

Prevents infectious diseases Sumac is used as a cure for many diseases in the body such as inflammation, fever, arthritis, dermatitis, respiratory disorders, bronchitis and others. Laboratory results confirm that sumac and its extract have good anti-inflammatory properties. It has turned out to be beneficial in treating colds, arthritis and other inflammatory conditions. Skin protective properties of sumac With its anti-inflammatory and antimicrobial properties, sumac helps in the treatment of skin problems and wound healing. Chewed sumac spice leaves are good for skin rashes and inflamed gums. 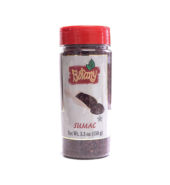